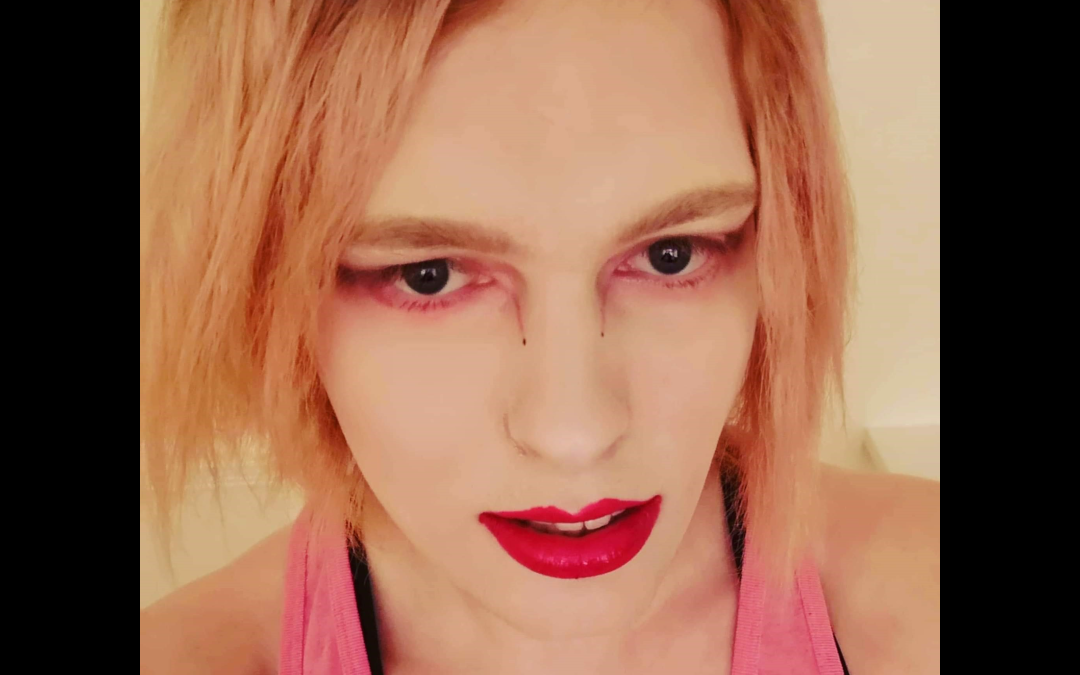 Aleksha is the artist behind the black metal projects Morphine and Ghosts in Gold! Read about her personal influences and experiences in the interview below!

1. Ghosts In Gold and Morphine are two black metal projects you’re currently involved with, what inspired you to create these musical outlets?

Morphine was a project that I created in 2018 to channel the pain and discomfort that the medication I was taking at the time was causing me. Those first two EPs, Vial and Trauma, go into detail about what my addiction was like, as well as the accident that caused it in the first place. I was in a very bad place. With the first full length album, Her, that dropped in December of that year, it was all about a relationship that ended very poorly, as you can probably tell from the album artwork.

Ghosts In Gold was something else entirely. I wanted to create my vision of what atmospheric black metal could be in 2020. My influences are all over the place, from bands such as Addaura, Gaahl’s Wyrd, Wolves in the Throne Room, Ghost Bath and UADA. Truth be told, and I’ve never admittedly this professionally, but I wrote that Ghosts record in eight hours, start to finish. Everything just clicked.

2. What draws you to black metal over other genres?

I enjoy many types of music and am currently in the process of trying to write something akin to 2000s-era brutal death metal, but black metal always had a special place in my heart. My earliest experiences with the genre were the staple acts such as Darkthrone, Burzum and Mayhem, but that quickly gave way to looking at how the rest of the world did black metal, not just Scandinavia. As someone who was born in the United Kingdom, I had nothing to relate to with tales of frostbitten landscapes and Norse mythology. What drew me to the genre was how emotive and expressive it could be. It’s an incredibly diverse musical genre with many different directions to go in that many other facets of extreme metal simply do not accommodate.

3. You describe Morphine as ‘music focusing on Transgender issues as well as general life struggles such as pain and addiction’. Do you find that black metal is an effective means of exploring these issues?

Last year Morphine took on a very different approach. I wasn’t struggling with those same issues two years after the fact and, as a result, I decided to shift focus towards what was happening in my life now, to be as sincere as I could be. Dysphoria was the culmination of those past two years. I find that the sheer variety of black metal can allow for such lyrical exploration, but that’s not to say that it wasn’t met with detractors. It’s an often-stigmatised genre for the varying levels of extremity, both in actions and ideology, that have happened in the scene’s past.

You hear about the murders, the church burnings, the Nazism, and it gives everyone creating this type of music a bad name. I do not condone any of what has happened, I am against it all. Unfortunately, there is that subset of black metal fans that hold these views and spread their xenophobia, racism, and sexism in an equally toxic fashion. It may not have been the best idea to release a black metal album talking openly about my sexuality and my transition, but I did it anyway and I was surprised at how many people supported it.

4. The LGBTQ+ community seems to be underrepresented in the metal scene. Do you have any thoughts or experiences you would like to share on this?

The LGBTQ+ community needs more representation across the board, absolutely. There are a fair number of transgender musicians that I know making music in this genre, two that quickly come to mind are Elia Karma Daniels of HUSH and Margaret Killjoy of Feminazgul, who have both done very well for themselves and are talented in their own unique ways. It’s a shame that black metal’s abrasiveness can lead to its implosion. I’m not sure if you’re familiar with what happened between the members of Absu, but they essentially dissolved because Melissa Moore came out to them and they didn’t want to associate with her after that. I have a few stories regarding my own experiences. I have lost my friends over the years for coming out, as well as a drummer in an old band I played in years ago. I am fortunate that my family are as supportive as they are, I know many trans men and women can’t say the same there, so I am thankful.

5. How do you go about song writing, for example do you start with the lyrical ideas or the music?

The song writing process completely changed after I released Her in 2018. I took a break from music and decided to refocus my efforts into music that sounded more complete. I was using a lot of physical gear at the time, a Line 6 Firehawk FX, and whilst not a bad piece of kit, it left my wanting more in terms of my production. I understand this notion may seem blasphemous for the genre of music I am known for.

Nowadays I will come up with a guitar riff or a bass line first and then work from that template to build the song around the speed and sound of those notes. Sometimes it takes ten minutes, other times I have spent hours picking up and putting down my guitar with nothing to show for it. I record entirely digital now, an interface into Reaper that runs plug-ins such as Bias FX 2 and EZ Mix, and the results have spoken for themselves. I haven’t written any new music for nearly a year, much like the position I was in when writing Dysphoria prior, maybe it all falls in place and maybe it falls apart. We’ll see.

6. 2020 saw the release of the Morphine album ‘Dysphoria’ and the Ghosts In Gold album ‘Glorious Illumination’. How did your listeners respond to these?

Dysphoria did extremely well, and I am very happy with the reception that I garnered from that release. Through that album I was able to meet some incredible people, who my story resonated with, and I am proud to call them friends. It was also the first time that I broke-even when coming out with an album, which I never thought would happen, never mind the profit since. To me though it isn’t about the money, it’s about the message and what I wish to convey. I had parents of transgender children as well as young trans or questioning men and women share their stories with me and how my work had made a positive difference to them, moments like that make it all worth it.

Glorious Illumination was a sleeper hit in my eyes. Here was an album that I threw out in a day, thinking no one would pay it much attention, and to my surprise it was being picked up by a multitude of print and online publications. I am unsure what drew all those people in, maybe the artwork? It’s hard to say. I personally believe that these albums have been my best work yet and I’m looking forward to writing their successors.

7. Have the difficulties of the past year affected your music?

The pandemic pretty much killed any desire I had to pick up a guitar. It also didn’t help that I had just moved in with my fiancée to a flat share that was less than ideal, let’s say. Without saying too much, my partner and I went through a very traumatic event together at the start of the year that we still haven’t fully recovered from. I was living with a partner for the first time since the events two years prior had transpired between my ex and I, it was a lot to process.

I finished writing Dysphoria in the last few days of December 2019, where I made the decision to delay the release until the end of January to try to maximise on any hype that could be made. As you are well aware, January is when the world began to suffer, and the UK was no exception. I was working as a chef at the time, and all of us in the kitchen shrugged off the Coronavirus as something that would go away, well that thought clearly didn’t age well.

Glorious Illumination released literally a couple of days before the UK had its first national lockdown. We were all then plunged into uncertainty regarding what our lives would be like; even now, nearly an entire year removed, we still don’t know what’s happening.

8. It sounds like 2021 is set to be a busy year for you with new releases, can you elaborate on your plans?

2021 is likely to be the busiest year of my life yet, but not for the music that I produce. Whilst I will be releasing two new full-length albums, and an as-of-yet unnamed death metal EP, my priority into the Easter and Summer months is going to be my career. I have been fortunate to taken on for several paid roles writing for publications, as well as a major London magazine, so my trajectory is going to be on how I maximise my last few months of university to ensure that I’m in the best position I can be in come graduation.

The music will always be a massive part of my life, and I will continue to exist in the scene in some regard, but whether I’m still making music in five years or not, I will always be grateful to everything it has done for me. Without extreme metal, gigs, festivals etc. I would not be who I am today. However I change, whoever I become, I will never forget it.

Keep up to date with the projects of Facebook: 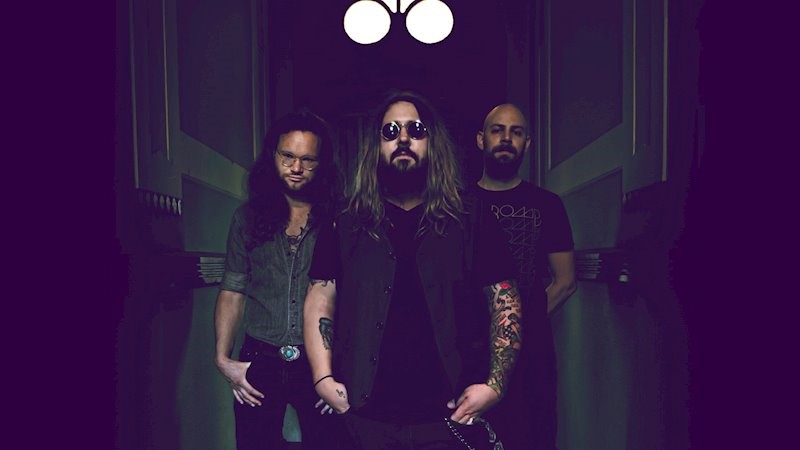